Bunting bloviates on classification/compensation study, offers to do it herself

May 07, 2022
County Commissioner George Bailey joked with Alma City Manager Aeric Ripley Tuesday, asking him to “Raise your right hand and swear you won't bring a circus to town.” That’s unnecessary, as Commissioner Jan Bunting does her best to turn every county commission meeting into a circus. On Tuesday Bunting joined commissioners Chuck Murphy and Sam Smith in refusing to hire a company to do a classification/compensation study of Gratiot County employees. Experts say studies like this should be done every few years, but Gratiot County hasn’t had one in 20 years. The current environment of job classifications and pay is chaotic for the county’s 140 employees with no system in place to ensure fair compensation across the board. Bunting pooh poohed the importance of such studies and segued into a familiar dishonest rant about how the county has a pile of wind turbine money that it sits on instead of sharing the love with cities, villages, townships, fire departments, etc. Bunting herself wa
Post a Comment
Read more

May 07, 2022
Is Jan Bunting a catspaw for County Commission Chair Chuck Murphy? One wonders after the April 19 county commission meeting, where Murphy claimed that a proposal by Bunting at the April 5 meeting was his idea. Back then Bunting surprised every commissioner but Murphy when she proposed giving money from the county’s general fund to cities, townships and fire departments. This came up because commissioners have been carving up $7.9 million the county received from the federal government’s American Recovery Plan Act, giving millions to other governmental units in Gratiot. City and township officials lined up for pieces of the county’s ARPA pie, but the total amount requested exceeded what the county had left to give. Bunting proposed dipping into the general fund to make up the difference. That proposal went nowhere, as commissioners John Lemmermann, George Bailey and Sam Smith opposed it. Then on April 19 Andrew Bare of Alma told the commission that Alma was shortchanged by the county
Post a Comment
Read more 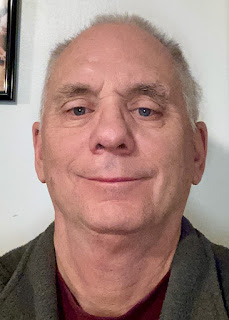 I’d like to introduce myself as a Republican candidate for Gratiot County commissioner. I’m 62 years old and have been a St. Louis resident since 2011. I earn my living with a one-man window cleaning business called I Feel Your Pane. I’m also editor and publisher of an online newspaper called the St. Louis Sentinel. If you believe in term limits I’m your man, as incumbent   Commissioner Jan Bunting, 72, has been on the county commission since 2001. Last year Bunting was removed (on a 3-2 vote) from her position as finance committee chair only six months after she was appointed. The Gratiot County Herald of July 14 had this to say: “Bunting was ousted from her position as chair of the county’s finance committee following an outlandish, brazen tantrum that saw the tenured public servant double-down on a claim that she ‘can do anything I want.’” That was the second time Bunting was removed as Finance Committee chair. In 2011 the county commission voted 7-0 to remove Bunting from the sam
Post a Comment
Read more

Uncle Ralph made the ultimate sacrifice 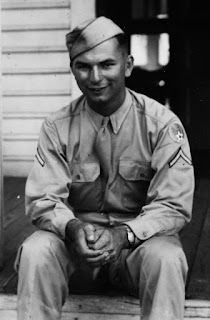 By Ralph Echtinaw Editor and Publisher I was named for my mother’s oldest brother, Ralph C. Weting, the son of Hazel and Howard Weting of Hazel Park, Michigan.   Born in 1922 Uncle Ralph was drafted by the Army in 1942. He became a top turret gunner on a Martin B-26 Marauder bomber with the 585th Squadron of the 394th Bomb Group. The 394th began flying missions over German-occupied France in March 1944. Uncle Ralph’s pilot, Lt. Donald E. Ihle, named his plane the Sassy Lassy. His crew was co-pilot Buford Bowen, bombardier Leonard Collen, radioman Walter C. Schaefer, tail gunner Eugene B. Klinzing and Uncle Ralph. “As long as I’m flying with (Ihle) you never need worry about me,” Uncle Ralph wrote in a letter dated April 24, 1944. Through 47 combat missions the Sassy Lassy crew was “scared as hell” a number of times, according to Collen (whom I personally interviewed by phone in 1997), but never in dire straits. Wartime censorship forbade Uncle Ralph from d
2 comments
Read more

Three examples of why I love small towns

June 30, 2011
I’ve lived in Alma and St. Louis, Michigan for 10 years now, and small town moments occur so often now that I rarely think twice about them. But three that happened this week stand out. On Monday a man walked into Sportsman’s Barbershop in St. Louis after I washed windows there and said a dog was following him. Sure enough, a friendly dog was right behind him. Carla the barber called the cops. An officer showed up less than ten minutes later, looked at the dog and said it belonged to a friend of his. The guy’s got an invisible fence, but the dog didn’t have his special collar on. The cop put the dog in his cruiser and took it home. Never happen in a Detroit suburb. Tuesday I was in St. Johns and had just finished washing windows at Silvestri Paint. In the process of getting paid, I noticed for the first time in ten years of doing windows there that owner Mel Wieber is missing most of the pinkie on his left hand. How did that happen? I asked. Years ago in high school shop class, Mel s
Post a Comment
Read more

December 14, 2010
Here's a short story about the Deep Space Nine cast that was intended to be part of a full-scale Star Trek novel. (And one day may be yet.) The premise is that an intergalactic arms dealer finds primitive worlds at war and sells weapon designs to both sides. In the novel it would already be established that Chief O'Brien and Julian Bashear have learned to fly World War II era airplanes in the Holosuites. O'Brien and company eventually have to steal a real B-26 Marauder and attack a plane carrying an atomic bomb. And that's where this passage begins: Five figures glittered and took form as the away team beamed into a small tool room in the corner of the hanger. At Chief O'Brien's suggestion, Sisko, Dax, Kira, Jaskin, Bashear and himself wore flying apparel as similar to that of the Kalotions as Starfleet replicators could produce. Underneath the disguises they wore federation body suits of Bowex, which since the 22nd century had surplanted everything else ever
Post a Comment
Read more